Showing posts from June, 2018
Show all

Being: Me - From The Beginning 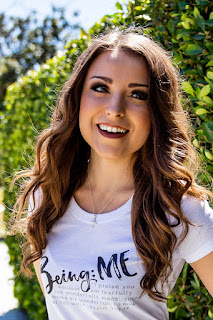 Let's go back to the beginning:

A little over a year ago, I sat down in a conference room and proposed this idea for a brand that I had called "Being: Me". I had no clue how to go about making it happen, but I was so passionate about creating a platform for young people to feel like they can be brave in their faith that I was determined to make it happen.


Fast forward one year and I can't even express how excited I am to see how Being: Me has been brought to life. There are so many times in life when we dream and envision certain things for ourselves, but it's figuring out how to take the next step that will help us turn those dreams into reality. I'll be the first one to admit that finding the next step in some moments seems nearly impossible. I feel as if my brain is running in circles trying to find a door to open to accomplish the next thing, but I can't quite figure out which door to take. Going through times like these are how I learned that it is o…
Post a Comment
Location: Los Angeles, CA, USA
Read more
More posts

Being: Me by Madisen Hill
Being:Me was created by Madisen in an effort to encourage young adults to embrace who they are and everything they believe in. From a small town in Missouri, Madisen is a singer, actress, host, dancer, and blogger who made her move to LA at 14 years old. Since then, she has worked on numerous TV shows, films, commercials, and live events. After taking a few years away from the music industry, Madisen is back to tell her story in a whole new way: through Christian music and her brand Being:Me. She hopes teens and young women will come together to be kind to those around them, be brave in their endeavors, and be proud to be His as believers in Christ.